Fan the Flame (Part 2): The Acoustic Session is an unofficial studio album by Dead or Alive. This album is made by D.O.A. fans, and it was a limited version. It was published in 1992

It has all the songs recorded by Pete Burns from his 1992 solo album called "Love Pete" (released only on cassette) released only for the United States. He also has a medley of three songs from Fan the Flame (Part 1), which are Your Sweetness (Is Your Weakness), Total Stranger and Gone 2 Long. In fact, the original idea of "Fan the Flame (Part 2)" that already had it confirmed Dead or Alive, was not practically a disc of acoustic sessions.

In the autobiography of Pete Burns called "Freak Unique", strongly criticizes its later illegal distribution and to those fans who continue to buy it. 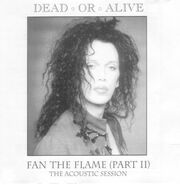 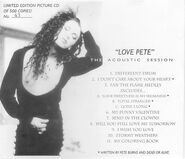 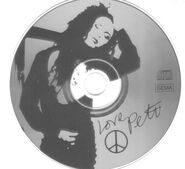