Rip It Up Live

Edit
watch 01:36
We're Getting Mutants in the MCU - The Loop
Do you like this video?
Play Sound

Rip It Up Live

Rip It Up Live is the video release by Dead or Alive featuring almost an entire concert from their 1987 "Rip It Up Tour". The film footage was recorded at two shows at Tokyo's Nippon Budokan on 9 October and at Osaka's Osaka-jō Hall on 11 October 1987, and it was released on video cassette (VHS) and Laserdisc.

In 1988, was released an UK VHS edition, and includes the music video of Turn Around and Count 2 Ten (a promo for Dead Or Alive's 1989 album Nude).

The concert was eventually issued as bonus material for the first time on DVD as part of the 2003 compilation release called Evolution: The Videos.

It is known to date, as the only live video that the band published.

All songs written by Dead Or Alive

“The ultimate Dead Or Alive concert extravaganza. Filmed before sell-out crowds in Tokyo and Osaka. Non-stop stimulation from the masters of high energy!"

This video is dedicated to the memory of Eva Maria Bettina BURNS 1913-1987. Never forgotten, always loved. 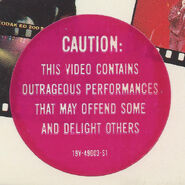 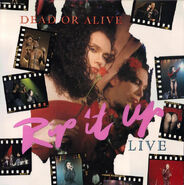 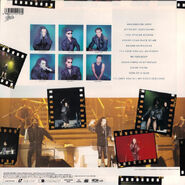 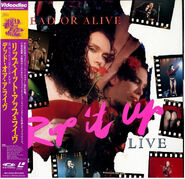 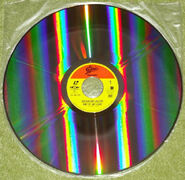 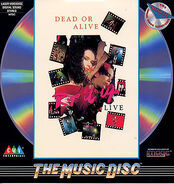 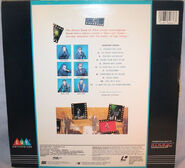